This episode will introduce you to the other S-rank battlesuit debuting in v5.5: [Spina Astera]! Participate in the new version event to obtain her for FREE! Read on to find out how!

※※※※※Spina Astera※※※※※
When the power of the Astral Harness surges from within, Rita recalls the adventure she had five years ago.
Together, she and young Bianka explored a world in the Sea of Quanta. She witnessed the rise of the twelve-year-old Valkyrie, and recorded every miracle in the Caledonia's voyage.
Five years ago, that journey rekindled the dying flame inside her. And now, she has sworn to protect this flame forever and ever. 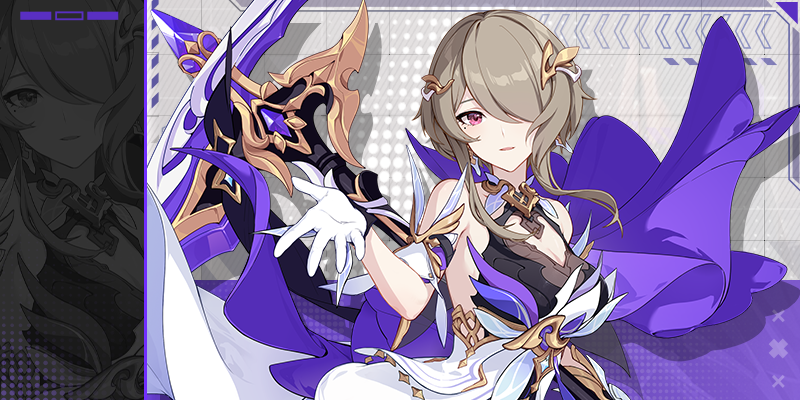 ※※※※※Moveset Showcase※※※※※
Spina Astera is a MECH-type Fire DMG dealer who wields a scythe and a simulated Holy Blade. She can enter [Astral Harness] state that enhances her, allowing her to perform multi-hit Charged ATK and summon [Void Vortex] that pulls in enemies over a large area.

◆ Evasion: [Andromeda: Nebula]
It triggers global Time Fracture. In Astral Harness state, she gains another 5 Blazar levels. If ignited enemies are in the [Starshine Circle], she regains 200 HP. Tap ATK immediately after a successful Ultimate Evasion to connect into Basic ATK's 3rd sequence.

◆ Ultimate: [Pisces: Alrescha]
It restores all Astrum and sends Spina Astera into Astral Harness state. She will simulate Holy Blade to unleash a gigantic Void Vortex. Once Ultimate ends, enhanced Void Vortex will appear in front of her, and her Blazar level will be maxed out.

★ After the v5.5 update, total spend bonuses will be available. Spend Supply Cards worth a specific amount of Crystals to receive [Spina Astera] Rank-Up Stamps.

★ You can also pull [Spina Astera] from an upcoming Supply event! 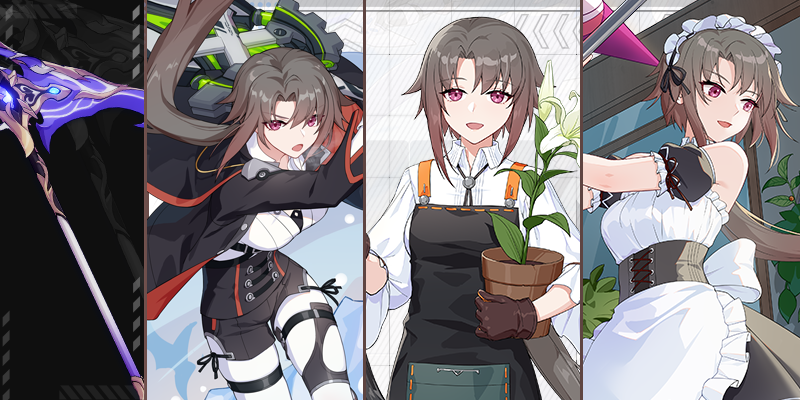 ★ In late v5.4, the login event [Astral Force] will reward a Rita stigma option voucher. It allows you to pick any piece recommended for [Spina Astera] after the v5.5 update.

★ You can also pull the equipment recommended for [Spina Astera] from an upcoming Supply event!

*The above info is taken from the test server and is subject to change in the live version.