Midsummer has arrived, and the new event Summer Survival Rhapsody Side A is coming! Now Ai-chan brings to you the latest news about the event!


※※※※※ New Event Summer Survival Rhapsody Side A ※※※※※
"Sunshine, beach, seaside breeze, and the rosy cheeks of young boys and girls — how can a journey that is supposed to be full of fun turn out to be a survival crisis!? The tenants at villa Golden Courtyard received mysterious invitations that unveiled the hectic summer..." 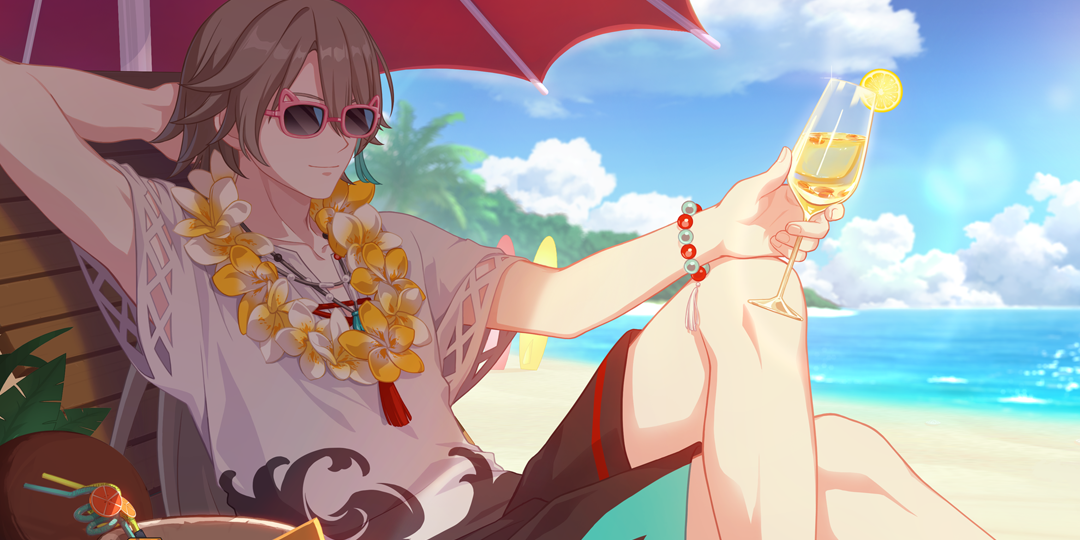 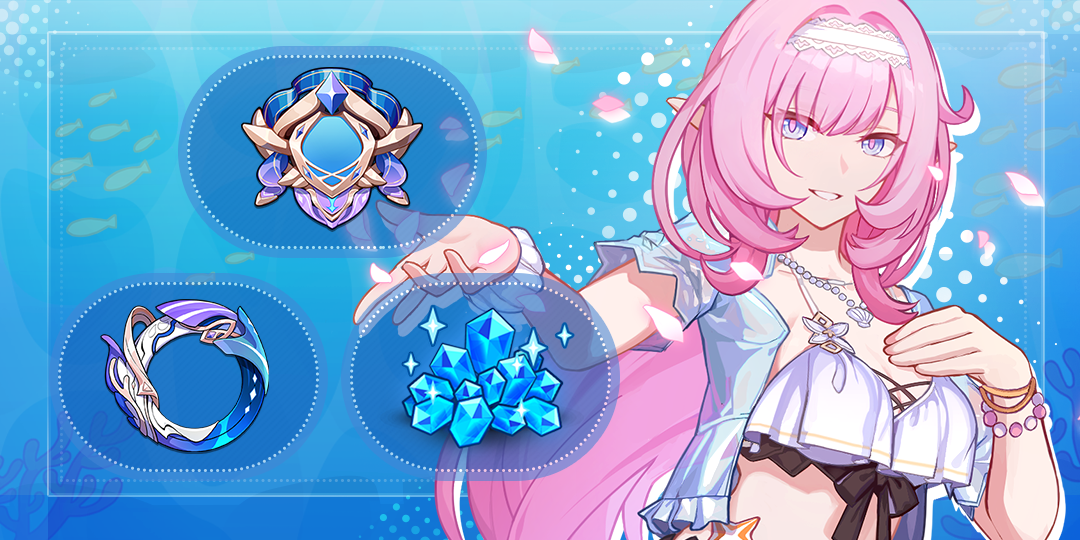 Summer Survival Rhapsody Side A consists of 3 chapters: Wandering Beach, Icy Cave, and Azure Abyss. Captains can clear event stages to unlock Flame-Chasers one by one. 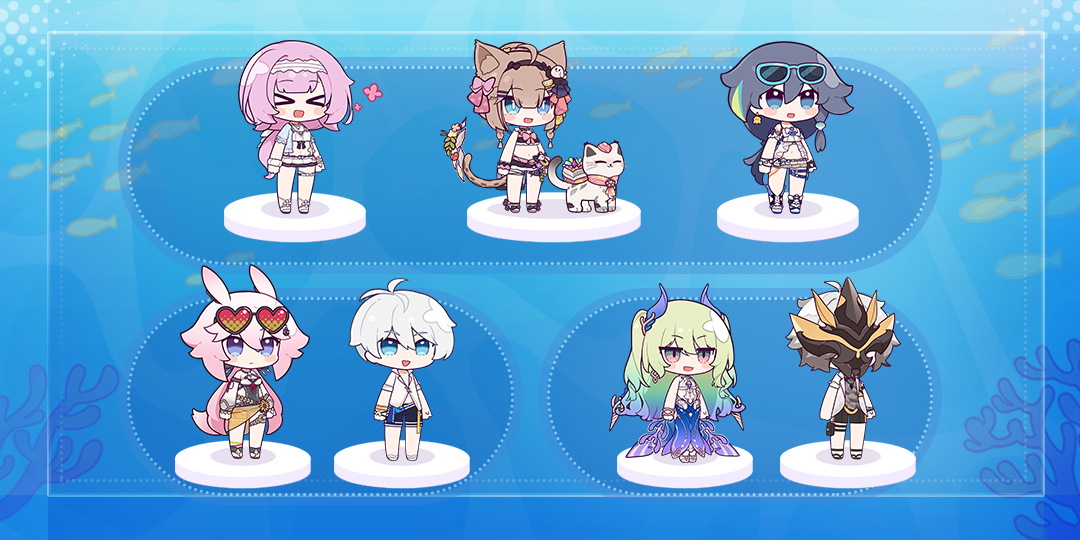 ★ New battle mode: Roll the dice and fight!
Captains will encounter powerful enemies in the island adventure. By unlocking Flame-Chasers, Captains can then deploy them and choose their weapons on the prep screen. Each Flame-Chaser has their own skills with varied stats and HP. Based on the types of enemies encountered, Captains are advised to change the deployed Flame-Chasers accordingly for better battle performance.

After the battle begins, the skills, HP and stats of Flame-Chasers are displayed at the bottom of the screen. The map route on the right indicates the upcoming challenges for Flame-Chasers.

There are a variety of challenges. Besides Team Battle where Flame-Chasers are deployed, Captains can also roll dices for them to defeat opponents during Encounter. The new battle mode allows Captains to drag the dice that randomly appears on the bottom left and move it into the skills at the middle of the screen. These skills deal varied DMG to enemies and provide different buffs to enhance Flame-Chasers. Most skills that deal DMG are linked to the points of the dice on the bottom left, and the points directly determine the amount of the DMG dealt by Flame-Chasers to enemies. Other skills mainly provide buffs. For example, they can increase the points of the dice, turn lower points into higher points, or split it into more than one dices.


★ Choose side routes and forge ahead with determination!
Flame-Chasers may have to face up to a lot of challenges in the island adventure. How to make a choice when running into crossroads? This is a question left for Captains! While in battle, Captains can choose a route for Flame-Chasers and the challenges ahead will be different from one route to another 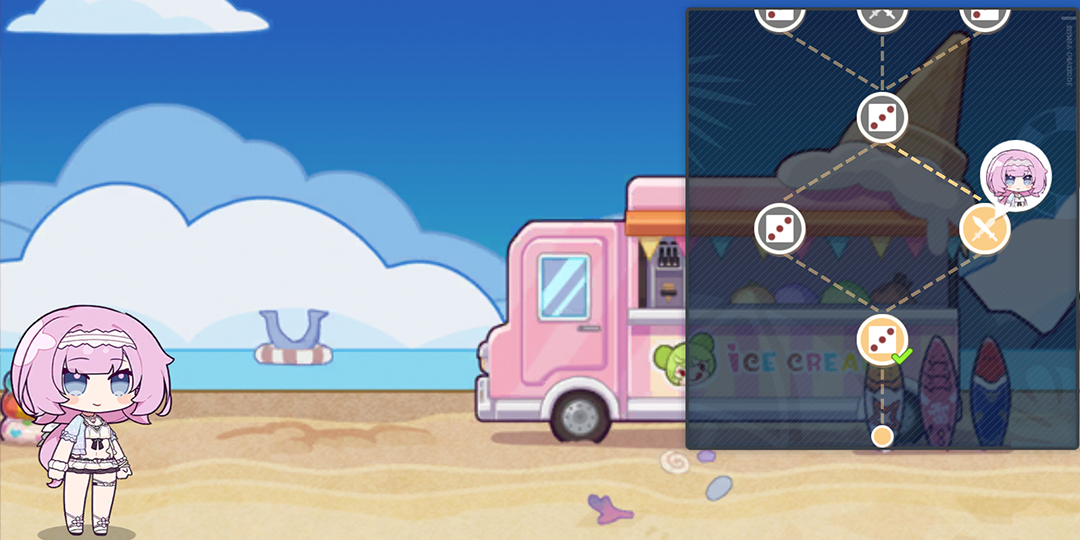 Based on the choices Captains make, the following events will occur when Flame-Chasers progress in island adventure:
Spring of Healing
Once reaching the position, Flame-Chasers will restore HP to the maximum and hence get ready for future battles.

Elf of Blessing
1. Once reaching the position, Flame-Chasers will obtain rewards without battling. You can choose a blessing that provides new buffs to Flame-Chasers.

2. To grant blessing, some positions require calculations of STR, DEX or other mysterious stats. Once reaching the position, Flame-Chasers will obtain two six-face dices with random numbers. If the sum of the Flame-Chaser's corresponding stats and the two dices' total numbers can fit into the preset inequation of the position, Captains can select an additional blessing for Flame-Chasers.


★ Obtain tokens for character growth and strength boost!
Level up Flame-Chasers: Captains can clear event stages or participate in Burning Challenge to obtain Source of Bliss, which can be used to level up Flame-Chasers and enhance their combat capacity.


More about the summer adventure awaits Captains to check out later!


※ The above info is taken from the test server and is subject to change in the live version.